Pigs have an optimum temperature at which they thrive. Temperatures across Europe in the summer (even Ireland and the UK) can exceed that level, causing stress on pigs and lowering productivity.

In extreme cases it can cause increases in mortality despite ventilation and systems to keep the air moving in indoor accommodation. 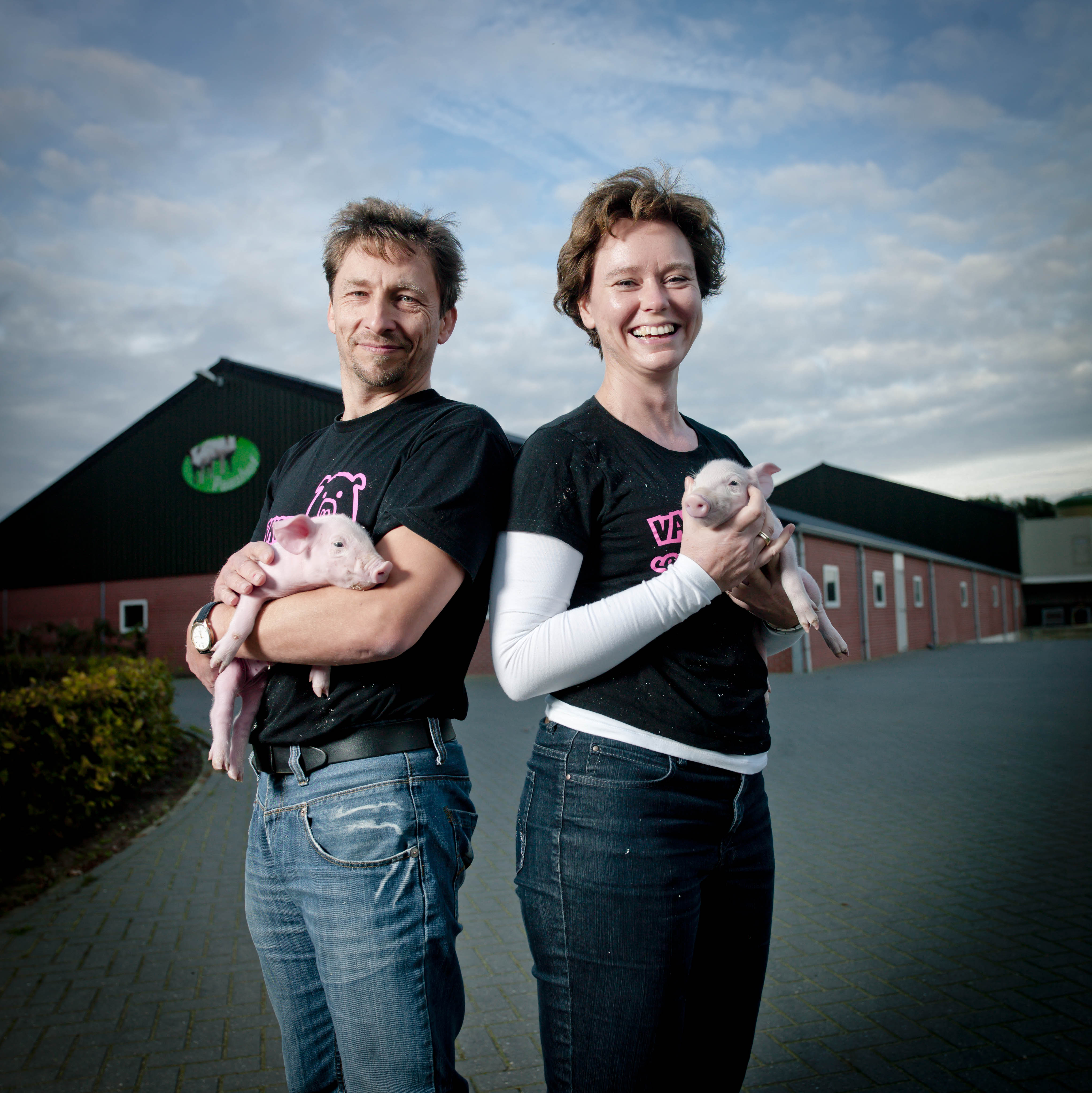 To reduce the climate risks in the pig accommodation and to achieve an optimal climate for the pigs, Dutch farmer, John van Paassen uses a system that produces high pressure fog to lower the temperature during the hot summer months.

During high temperature periods, cooling allows animals to keep their feed and stay fitter. As a result, they give about 0.8 more piglets in the next litter. Furthermore, growth of finishers is about 50 grams higher and feed conversion 0.1 lower, if they have less heat stress.

If this innovation had not been present, approximately 2 to 5% of sows and finishers would have died during the hottest months.

Maintenance requires pumping the water out of the system before winter, control and boiling of the sprinklers once a year. In total 1 day of additional work per year is needed (€300).​ 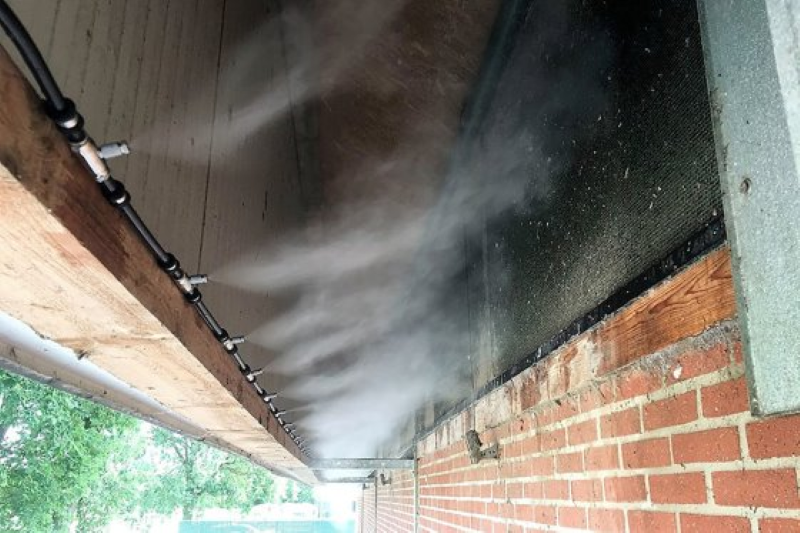 To reduce the climate risks in the pig accommodation and to achieve an optimal climate for the pigs, a system that produces high pressure fog is used to lower the temperature during the hot summer months.

This is so heat stress can be prevented, reducing productivity losses and importantly reducing mortality. The system is relatively cheap to install and uses a series of nozzles along the side inlets/vents (externally mounted) to release a fine mist. The mist is drawn into the building with air by the building's ventilation system. Moist air moves through the building and exits at the ridge fans. Triggered by exceeding a specific temperature, the water can be 25 times more effective at cooling than air. Ventilation of the fog removes heat from the animals and the buildings in conjunction with the ventilation system. 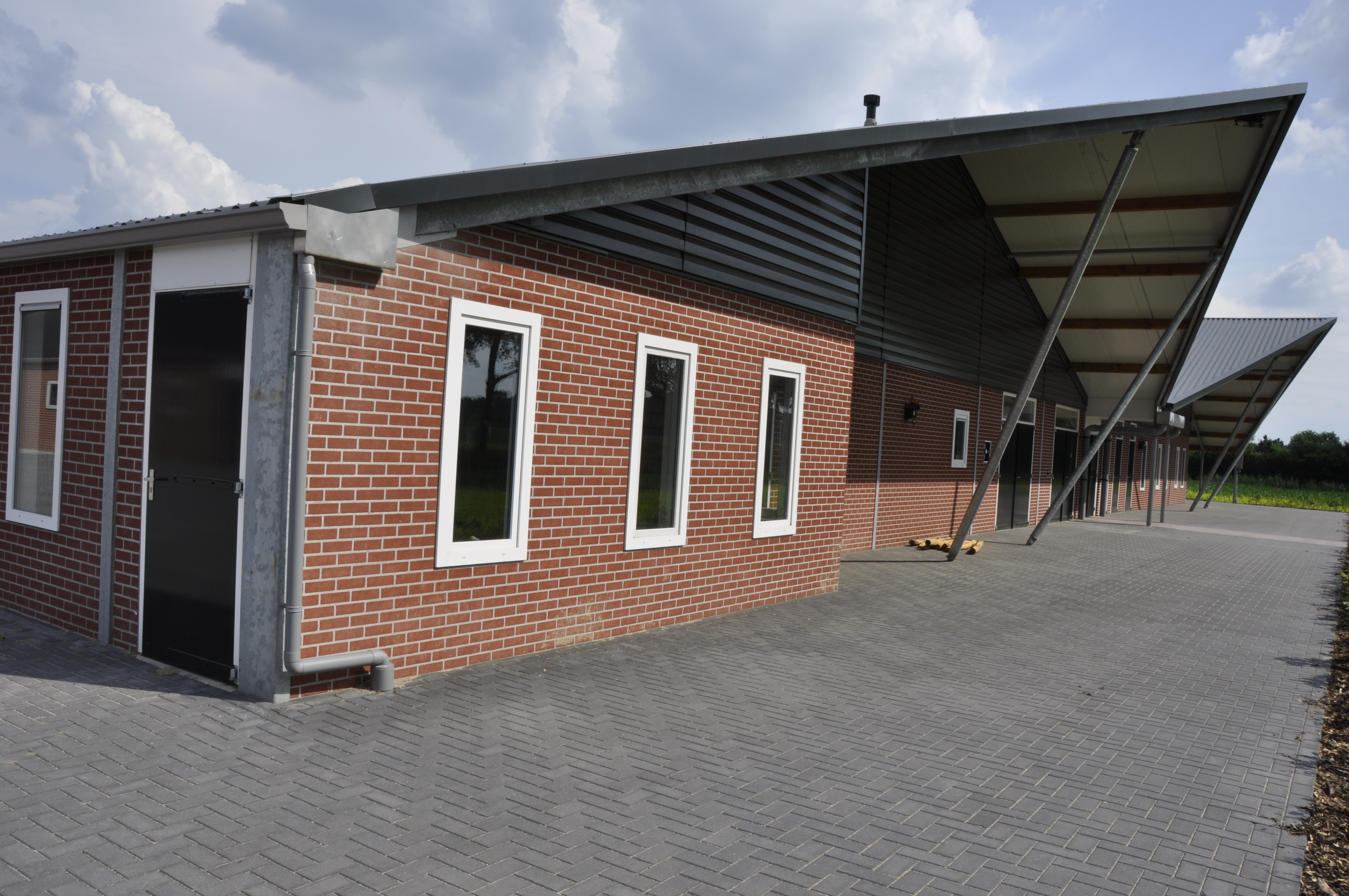