Irish producer Shane McAuliffe has opened his farms to the public, with a passion to better inform consumers about sustainable pig production.

They have very strict biosecurity so, to take account of this, they have a viewing room where large groups can look in on the pigs and watch CCTV footage on a big TV screen from all over the farm. They have also made many TV appearances and have a strong social media presence.

The main benefits are to the pig farming sector as a whole, as it gives them a reasoned voice in an era of much negative press towards farming and sometimes pig farming in particular. The consumer also benefits from hearing from the farmer perspective, something not always very evident or accessible. This approach has evolved over time and, while costs are minimal, it takes a lot of time, which Shane is willing to devote as he is committed to giving a farmer perspective on sustainable pig production. 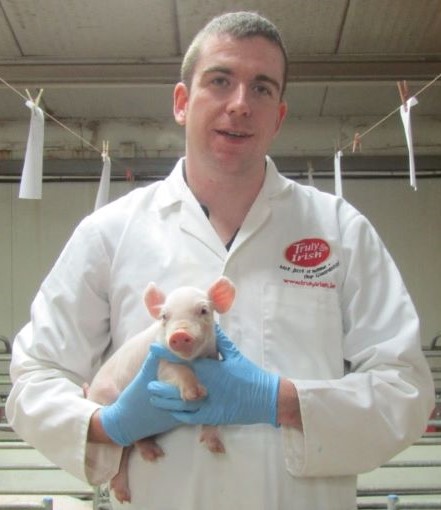 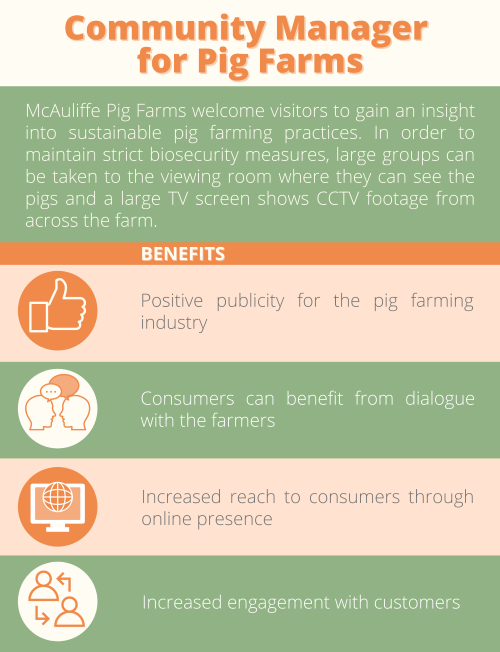 McAuliffe Pig Farms welcome international groups and students to gain an insight into the sustainable pig farming practices in Ireland. Taking into account the strict biosecurity measures, large groups can be taken to the viewing room where they can look at the pigs and can view CCTV footage from across the farm.

Shane dedicates much of his time to giving guest lectures at third level institutions, using videos to give the students an interactive tour of the farm. He also hosts student placements.

McAuliffe Pig Farms have appeared on national TV programmes, inclusing a live broadcast from the farm on 'Big Week on the Farm' which was watched by 1.5 million viewers. As well as this, Shane has a large presence on social media with almost 10,000 followers across multiple platforms. 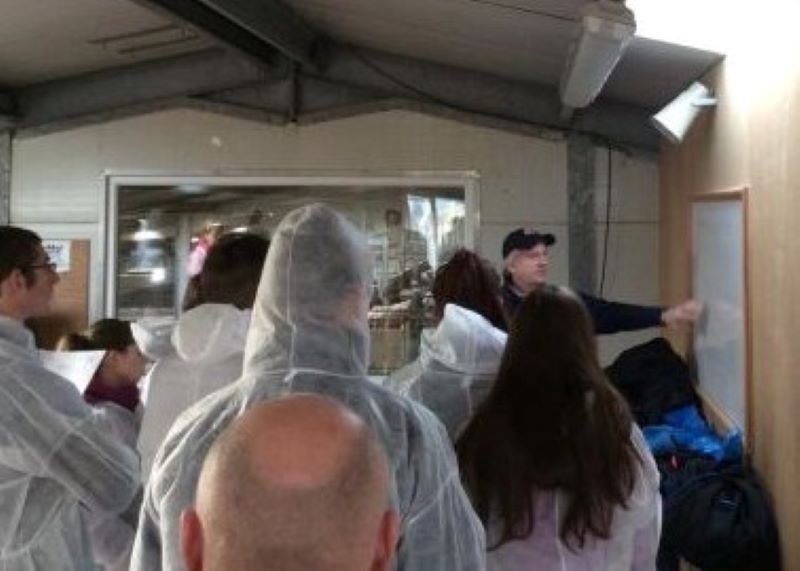